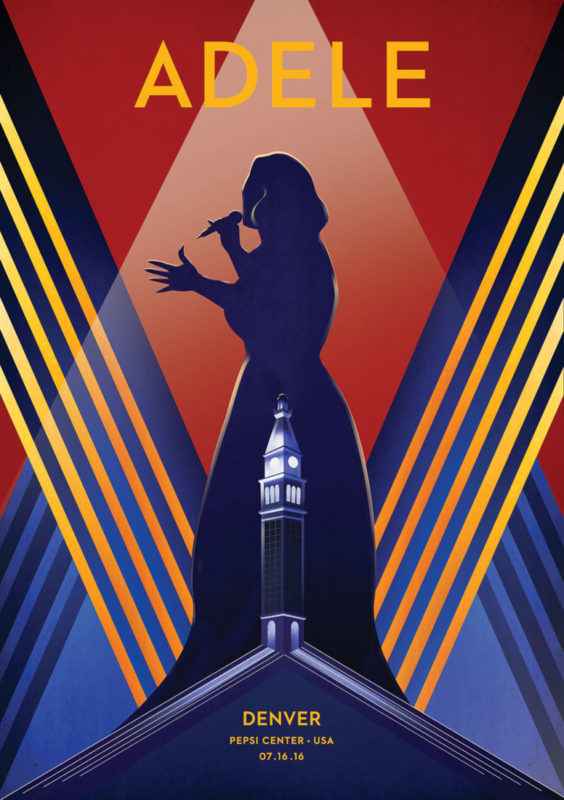 2016 was the year that Tottenham-born Adele Adkins stormed back into the music world to reclaim her crown as the queen of the charts to worldwide attention. As an artist she is nothing short of a phenomenon and after the record-breaking album sales and never ending awards came her celebrated and sell-out tour. 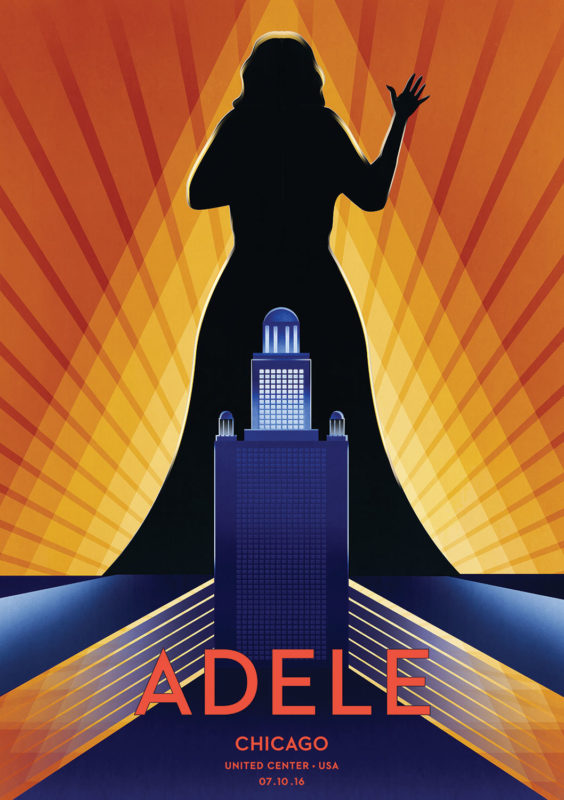 As we write this her US tour (which takes in some 23 cities) is in full flow, and every night her loyal army of fans are left wanting to take a piece of her home to remember it by. This is where our very own Matt Murphy comes in.

Commissioned by XL Records, Matt created a series of limited edition prints which are bespoke for each night and location of the tour. It makes us smile to think of happy fans clutching them post-gig and returning home to frame and adorn their homes with them. Maybe even Adele has one on her wall too?.. 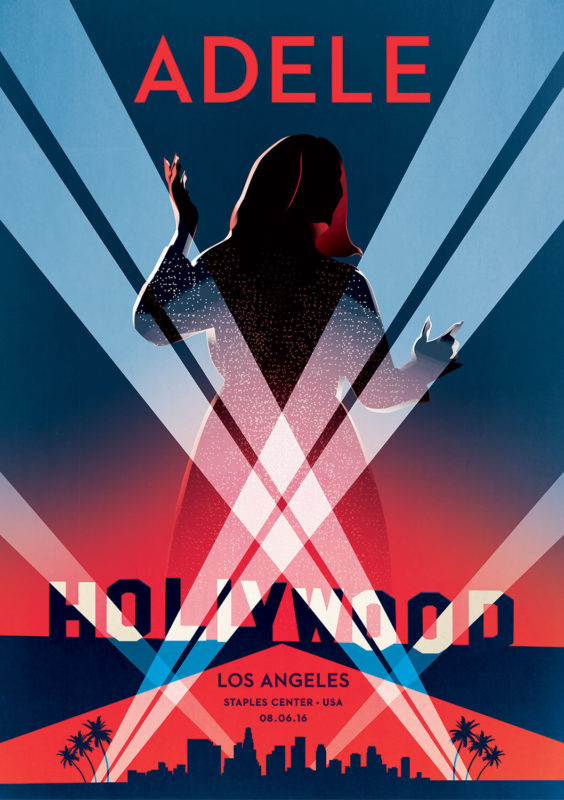 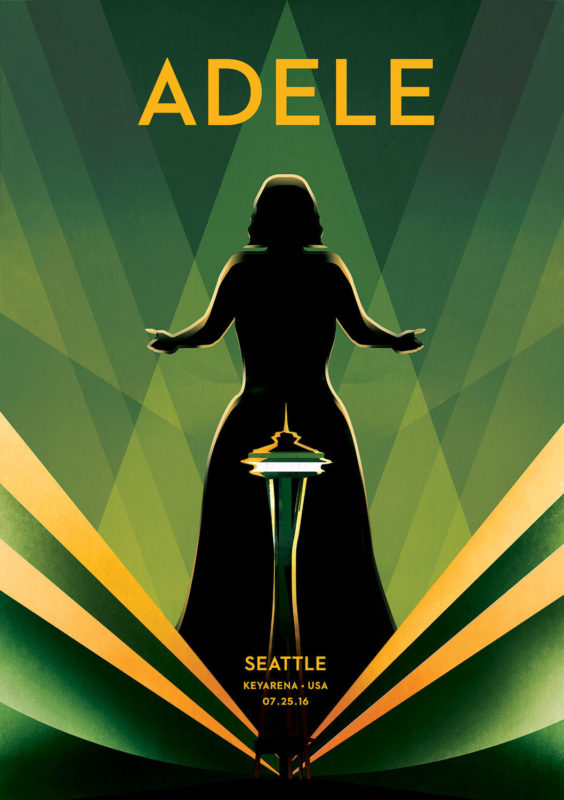 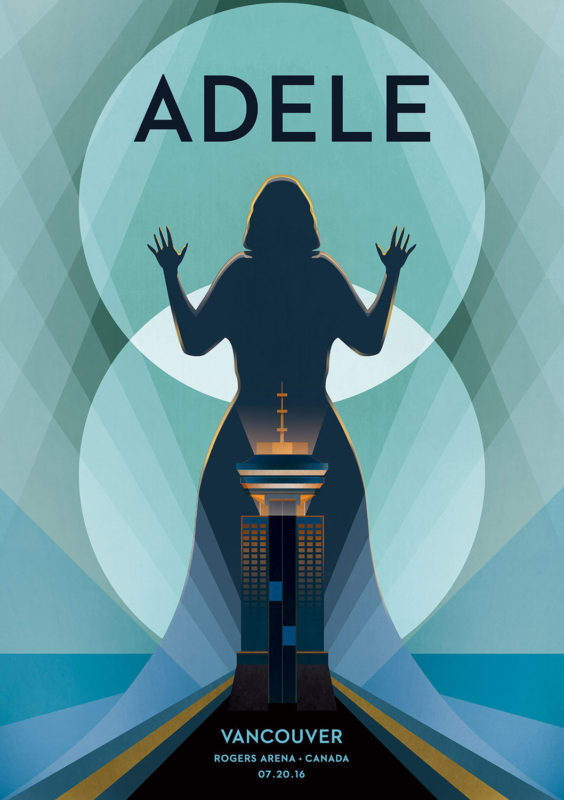